Get To Know Her Famous Dad & Supportive Mom – Hollywood Life


Growing up in the spotlight, Miley Cyrus has been lucky to have the guidance and support of her parents, Trish and Billy Ray. Here’s everything to know about the pop star’s mom and dad.

Miley Cyrus, 28, is one of the most celebrated names in music, and fans may also be somewhat familiar with her parents, Billy Ray Cyrus, 60, and Tish Cyrus, 54. The “Edge of Midnight” singer has grown up in the spotlight under her rock star dad and with her producer/actress mom, but contrary to many famous families, they’ve seemed to have weathered the storms that often come with that journey. Although Miley has had her share of challenges with her parents, the Cyrus family remains a solid unit, with the pop star growing closer with Billy Ray and Tish over the years.

Read more below about Miley’s loving parents Tish and Billy Ray and discover more details about their loving family below! 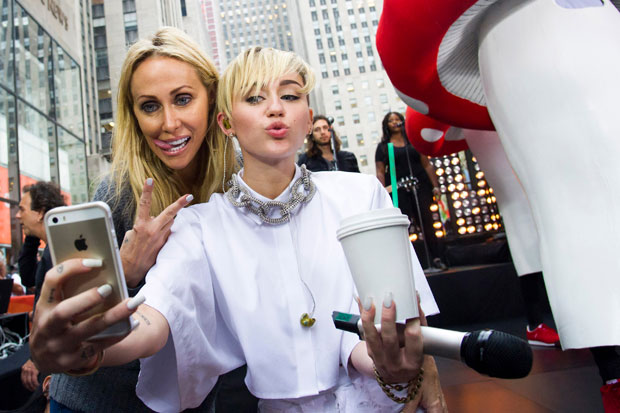 Miley’s mom Tish was born Leticia Jean Finely May 15, 1967 in Nashville, Tennessee. Before marrying Billy Ray, the actress and producer was actually wed to another man, Baxtor Helson, and the two share two children together, Trace and Brandi. When Tish married Billy Ray, he ended up adopting the children as his own.

Before Tish and Billy Ray met, he had a fling with a South Carolina waitress, Kristen Luckey, and she became pregnant. Shortly thereafter, Tish and Billy Ray became smitten and Tish got pregnant with Miley (who was originally named Destiny Hope). Both women were pregnant at the same time which caused some controversy, but Billy Ray ultimately stuck with Tish as his partner. She became pregnant with their second child, Miley’s younger brother Braison Cyrus, and the two tied the knot in 1993. The couple also welcomed their third child together, Noah Cyrus, in 2000.

Tish and her husband have had their fair share of challenges over the years as a couple, both filing for divorce for “irreconcilable differences” once in 2010 and then again in 2013. Ultimately, the couple chose to stay together and still remain in partnership today. “I do think that marriage is hard work,” Tish told Bravo in 2017. “And I think a lot of people, when you go through struggles and difficult times, that people throw in the towel a little too easy. And I think that any relationship — whether it’s marriage or family, it doesn’t matter — it’s you truly do have to take care of it and nurture and really work hard at relationships.”

Billy Ray was born August 25, 1961 in Flatwoods, Kentucky. Before Miley became a household name, her father was a rock star in his own right, becoming famous with his breakout hit “Achy Breaky Heart” in 1992. Miley grew up in the shadow of her father, but her fame ultimately superseded his when she began starring as Hannah Montana on the eponymous Disney show in 2006. Billy Ray also joined the show to play her dad and remained in that role for four seasons until the show ended its run in 2011. Things turned somewhat sour as Miley began to grow out of her teen idol stage and became embroiled in a series of scandals, including an infamous incident in 2010 when she was caught getting high on the psychedelic herb salvia.

“The damn show destroyed my family,” Billy Ray told GQ magazine in 2011. “I’d take it back in a second. For my family to be here and just everybody be okay, safe and sound and happy and normal would have been fantastic. Heck, yeah. I’d erase it all in a second if I could.” Although Billy Ray and his daughter hit a rough patch due to her sudden wild streak behavior, they ultimately healed things as time went on, and, as Miley expressed to Rolling Stone in 2013, had “a different relationship.”

Later on CNN, Billy Ray explained to Piers Morgan how he understood his daughter and loved her at the end of the day. “She’s just Miley,” he said in 2013. “She’s an artist. She’s real. I think that what’s happened over the years, Miley has been reinventing her sound. She’s evolving as an artist herself. I think that all of what everyone is calling controversy now, that’s still my Miley.”

About Her Life Partner – Hollywood Life

I ‘Got It Right’ – Hollywood Life

Your First Look at the Celebrity Big Brother House

Lizzo Plays ‘Special’ for Her Mom in Adorable Video – Billboard

Meat Loaf’s ‘Bat Out of Hell’ Flies to No. 1 In Australia – Billboard